I want to thank Ash Borodin and his editor, Elisa, for providing this unique guest post about the writing and editing processes for the PPG Publisher’s Blog. I smiled all the way through the below dialog and found myself nodding “yes” through much of it.

The creative process of writing a book takes on many different forms, as Ash discusses below, and the editing/ghostwriting processes require much patience and collaboration between two willing participants…

Ash Borodin on The Editing/Writing Process

My name’s Ash and my debut novel is called The Jealous Flock. It’s about the parallel lives of unique individuals struggling to define their values and identity in relation to the major culture clash(es) the world is experiencing right now.

My name’s Elisa and I edited the Jealous Flock…

Ash: Everything I do is experimental, including this interview (which we are collaborating on live through Google Docs). I can imagine I’m an editor’s worst nightmare…

Elisa: Yes, you can say that again.

Ash: Can you elaborate on that… On second thought, actually don’t. Well, give us a rough idea of one of the challenges.

Elisa: Well for starters, having the chapters written in no particular order, so I couldn’t really make sense of the story. And using speech to text didn’t always give the words you intended, so I had to guess what they might be.

Ash: Ah, yes, I’d forgotten about that. I think I had this general master plan in my head for what the final book should be but I had no idea how to weave it all together. So initially it was more just a bunch of short stories. And then I gradually wrote some bridging stories to connect the others and from there more changes had to be made. It really was a mess. I still think it was a pretty good mess, from my point of view, it was like a band improvising, each person takes a solo and the others fit in and react.

Elisa: I also found it strange to read when it was initially in present tense, and I told you it sounded like a play.

Ash: Well, in a sense it was. And when you said that, I thought – alright I’ll make it a play then. But that was more stubbornness than resolve on my part. I think it could easily be adapted to work as a screenplay and that’s something I keep in the back of my mind if the opportunity ever arises.

Elisa: I think it might lack the beautiful descriptions you have put into the writing though, and perhaps make it more bland.

Ash: Yeah, and in part it was vanity that spurred me on to rewrite the whole thing in past tense. I didn’t want to lose my poetic vision, my voice. But finding some way between the two extremes was a real challenge for me as a writer, this being my debut novel especially. Because I wrote a lot of it live – I method acted the lines through a voice-recorder – it had that zeal, the immediacy you only get from the spoken word and some of the intimacy of conversation. To then put that into past tense, well it felt like prostitution of my passion at first. I was really adverse to it.

Now I tell people the importance of having an active reader (or an editor, really) from the beginning. Because writing is one thing, but storytelling is really a higher level of writing and that involves connecting, relating to your audience.

Elisa: Yes, it is, but it’s a hell of a difficult thing to try and convince an author that he needs to make a change like this. Authors really don’t like criticism of any kind. 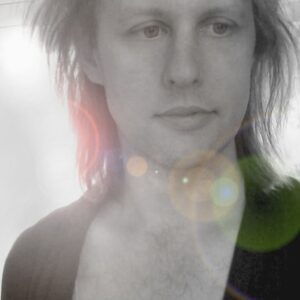 Ash: Not naming any names, of course….

Elisa: None at all. And by the way, just so people know, I’m editing your writing as we speak. That’s why there are no spelling mistakes.

Ash: Ha! What people don’t know is that you just wrote ‘smelling mistakes’ and I saw it!

Elisa: Yes, okay, you caught me, but I did fix it immediately.

Ash: I think if we were to work on a book again it would be much easier this time because we’ve both mellowed a lot. For those who came in late, Elisa and I are married. And in the 3 years since we wrote the book we’ve been through a lot personally and as a couple, and I think though we blow up at times under great stress, we are generally able to plan ahead for stress and compartmentalise it a lot better.

Elisa: Sometime a good yelling match is exactly what you need to release it all.

Ash: I know, yesterday’s was great. We called each other unprintable names. A good time was had by all…

Elisa: So, back to editing… another thing that was difficult to get a handle on was that each character used first person, which was really confusing during the editing.

Ash: I think I would do that differently now, but surprisingly no-one’s complained about it yet. Yet….

Elisa: I think it actually works… now.  Now that we have each character’s name in the title of each chapter (thanks to me).

Ash: Yeah that was a necessary evil I was forced to accept as well. I was trying to be so clever in my writing that the reader would intuitively know who the character speaking was – that this was now their perspective. But it was too high a bar for me and maybe an unnecessary bar at that.

Elisa: You can’t expect the reader to do too much work themselves.

Ash: Well that was probably the final thing I relented on. I wanted it to be more work than it eventually was – for the reader. I wanted them to really pay attention like one would with a textbook or work of philosophy. But in the end the need to relate overcame the desire to be very serious.