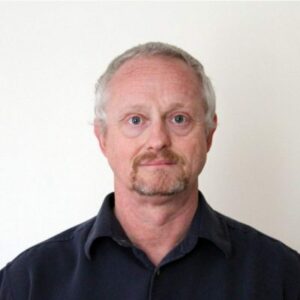 Learning How To Write with Michael LaRocca of MichaelEdits.com

As a student of Spanish, my goal was to think in Spanish. Skip the word-by-word translation so I’d have the necessary speed to speak and listen. I know words in Spanish that I’d be hard pressed to translate. Usually profanity, I confess. Chingow!

For years my students here in China have studied grammar, and know it better than you or I. They read. They write. But speaking involves moving faster than that. In conversation, we don’t have time to write it first and make sure it’s all grammatically flawless, then read it aloud, perhaps after a bit of rehearsal.

So, I try to give them a chance to practice putting words together on the fly, rules be damned. The rules they’ve internalized will kick in and keep them comprehensible, which will build their confidence in their ability to keep creating conversation that way.

Learning How To Write

This is not unlike what we go through as authors. First we study rulebooks, perhaps take some classes, and conclude just about everything we’re is doing is wrong. So many rules to memorize. We might dread sitting down to write with all those constraints.

But really, it’s not about memorizing rules at all. It’s about internalizing the rules, following them (or not if you prefer) without being consciously aware of what they are. They’re there, but in the background.

The story’s what matters. You’re supposed to be having fun, not “working.” At least not during the creation phase.

We don’t always take the time to say, “I’ve written ten active sentences in a row so maybe I’ll whip in a passive one now” or “I need a beat for every X lines of dialogue.” I published four novels and edited dozens more before I learned what a beat was. (It’s a pause so the reader can catch his/her breath.)

And, of course, since it is writing and not speaking, we can always go back and revise later. Then rely on editors to catch what we missed, or at least make us wonder why we wrote it this way instead of that way.

Some authors aren’t even consciously aware of “the rules.” They’ve never taken a class, never read a book about writing. They’re simply avid readers who one day decided to write. But they’ve internalized the rules. It comes from reading.

And, it’s really nice when you’ve been writing for a long time to go back and read a book about how to write. You might find one or two things to tweak in your technique, as opposed to a daunting laundry list of flaws. It’s much easier to internalize one or two new rules than 50 or 100.

I’ve been paid to edit since 1991 and still love it, which has made people question my sanity, but they were doing that before I started editing. I got serious about my writing in 1978. Although I’ve retired more times than Brett Favre, I’m writing my 19th book. Learn more about me at MichaelEdits.com.