In this guest post, you’ll learn how Liz Schulte failed her way to massive success as an independent author. One thing is for sure, she’s humble about her level of success. To learn more about how I met her, download this book for free: Profitable Publishing Today. 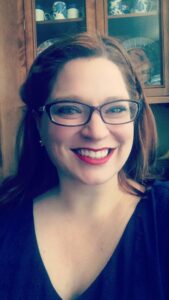 Since starting my publishing career about seven years ago, I have been fortunate enough to speak with and learn from many other authors. These individuals come from a variety of backgrounds, writing styles and professional careers. One thing that we all have in common is that we wrote a book. It doesn’t matter if the book is insanely successful or still looking for its market, writing a book is a major accomplishment. At the risk of sounding cliché, writing is a journey. A journey that is a little different for everyone, but not one you have to do alone.

This journey is the reason I am talking to you today. You see, I found myself traveling down this road to becoming an author without ever knowing it was where I wanted to be. A lot of writers knew they always wanted to be an author—I am not one of them. I wanted to be a lawyer then I was toying with the idea of forensic psychology. I never considered writing because it wasn’t a “real” career.

However, after a fair amount of prodding I set out to write a book. Little by little I wrote bits and pieces as I had time, never breathing a word to anyone about what I was doing. The book wasn’t for other people, it was for me. I used every single idea that came to me. I remember thinking I would never be able to write another book because I used every good idea I had. In the mornings, the book was the first thing I thought about and it was my last thought as I fell asleep at night. Finally, I made it to the end. I was overwhelmed by the immediate sense of accomplishment that was quickly followed by sadness. My journey had ended.

After a few days, I started to read this book that I had poured so much of myself into and it was … awful. It was slap in the face. I grew up reading twelve books a week. How could I have written something so horrible? My first thought was to delete it, but something stopped me. Maybe it was the countless hours I poured into it or maybe I knew I couldn’t simply delete an accomplishment because it didn’t fit the narrow definition of what I wanted it to be. I finally decided I needed a second opinion. I confessed to my best friend that I had written a book and it wasn’t very good. She wanted to read it and I kind of wanted to hide under a rock. However, I did the brave thing and let the book go. A few days later, she finished reading it and told me something I wasn’t prepared to hear. She liked the story.

The next several months I devoted to making the book better, more like it was in my head. I tweaked and fussed until it was something that resembled what I wanted it to be, though it still hadn’t quite gotten there. By this point, I had already started another novel in a completely different genre. I made a folder for the first book and tucked it away as I fell in love with a new group of characters.

I had no clue what to do with the first book. The extent of my plan was to write a book. I hadn’t thought beyond that. After much discussion, I agreed to query some agents. I sent out ten letters and received ten blandly polite form letters in return—though one did have a nice hand written note directing me to someone else, but I didn’t contact him. You see I loved writing and no one was going to steal that joy from me by telling me they didn’t like my books. I was happy just writing them.

This attitude brought me to a crossroads in the journey. I could keep writing just for myself, or I could find a way to share my stories. That’s when I received my first eReader as a gift. I promptly downloaded several books and read one that was really cute. I went in search of who her agent was only to discover she had self-published. It was an option I didn’t even know I had. I sent her a nervous email asking about self-publishing and what it required. In less than a day, she responded with a very long email telling me about her journey as a self-published author. Though I had no idea at the time, the woman I contacted just so happened to be one of the early Kindle millionaires.

I chose my path. I was going self-publish my books.

However, being a reader didn’t help me when it came to marketing or even the finer writing points. I began to devour as much information as I could. I saved my money and went to conferences, joined online writing groups and indiscriminately read everything my Google searches brought me to on the subject. Those early times were fraught with floundering blog posts trying to figure out what in the hell a brand was and whether or not I had one already.

The first book released to lukewarm sales. I determined it was because I had done everything wrong. At one conference, they told me that flashbacks were bad—my book had them. At another conference, I was told that dreams were the worst—yep had those, too. It didn’t matter though because I had another book and this one was going to be different. This time I would do everything right. The new genre was hot and surely everyone would immediately snatch it up and Joss Whedon would want to buy the movie rights.

The second book came out, and much to my horror, it did worse than the first. What was I doing wrong? Marketing. Obviously, marketing was the answer. I would just market the hell out of the first book and then they would read my second book, never mind that I had written in two different genres. I set up blog tours, bought advertisements, set up some free days and did absolutely everything anyone had ever suggested about marketing. The first book started to sell. It had momentum, but guess what? The sales never transferred over to my other book. Instead people wanted to know when the next one would be out. I didn’t have another mystery. I was in the midst of writing a paranormal romance trilogy that wasn’t selling. I hit yet another crossroads in my journey: should I throw over my trilogy to write another mystery?

Part of me wanted to follow the money, but I followed my gut. I wanted to write the trilogy so I did. And I couldn’t have made a better decision. After a fairly mediocre year, I released the third book in the trilogy and I used what I had learned marketing that first book to market the first book in the trilogy. The month of the release I made $12,000 and realized for the first time that maybe writing really could be a career.

I did a lot of things wrong along my journey, but I also did a lot things right. If I had to narrow it down, I would say these were the more influential decisions I made:

So that’s my story about how I got to this place where I can be a self-supported self-published author. Kim also asked me to tell you about my marketing plan. I am going to do this as a bulleted list in the order of importance:

That’s it. That’s my entire marketing strategy. There aren’t simple answers or easy solutions. Working hard and believing in yourself is the only way I know how to make a book series successful. I wish each of you the best of luck and would love to hear from you.

Liz Schulte is a self-published author in mystery and paranormal romance with more than twenty novels, multiple short stories and audiobooks. She is a member of RWA and her local guilds in Missouri, the Missouri Writer’s Guild, Sisters in Crime, and International Thriller Writers of America.

Though success in publishing didn’t happen overnight, like she envisioned it would, the journey has been worth the trials along the way. Liz became a self-supported full time author in 2013 and wouldn’t trade her hard begotten knowledge or the wonderful friends she has made along the way for anything.

Liz has a degree in psychology from the University of Missouri and a minor in philosophy. She has taken numerous forensic courses and writing classes as well as attended several symposiums on writing. She speaks on subjects ranging from self-publishing to marketing and social media.